This site is no longer being updated. Read our final post & please enjoy our archives!
< prev next >
Field Guides 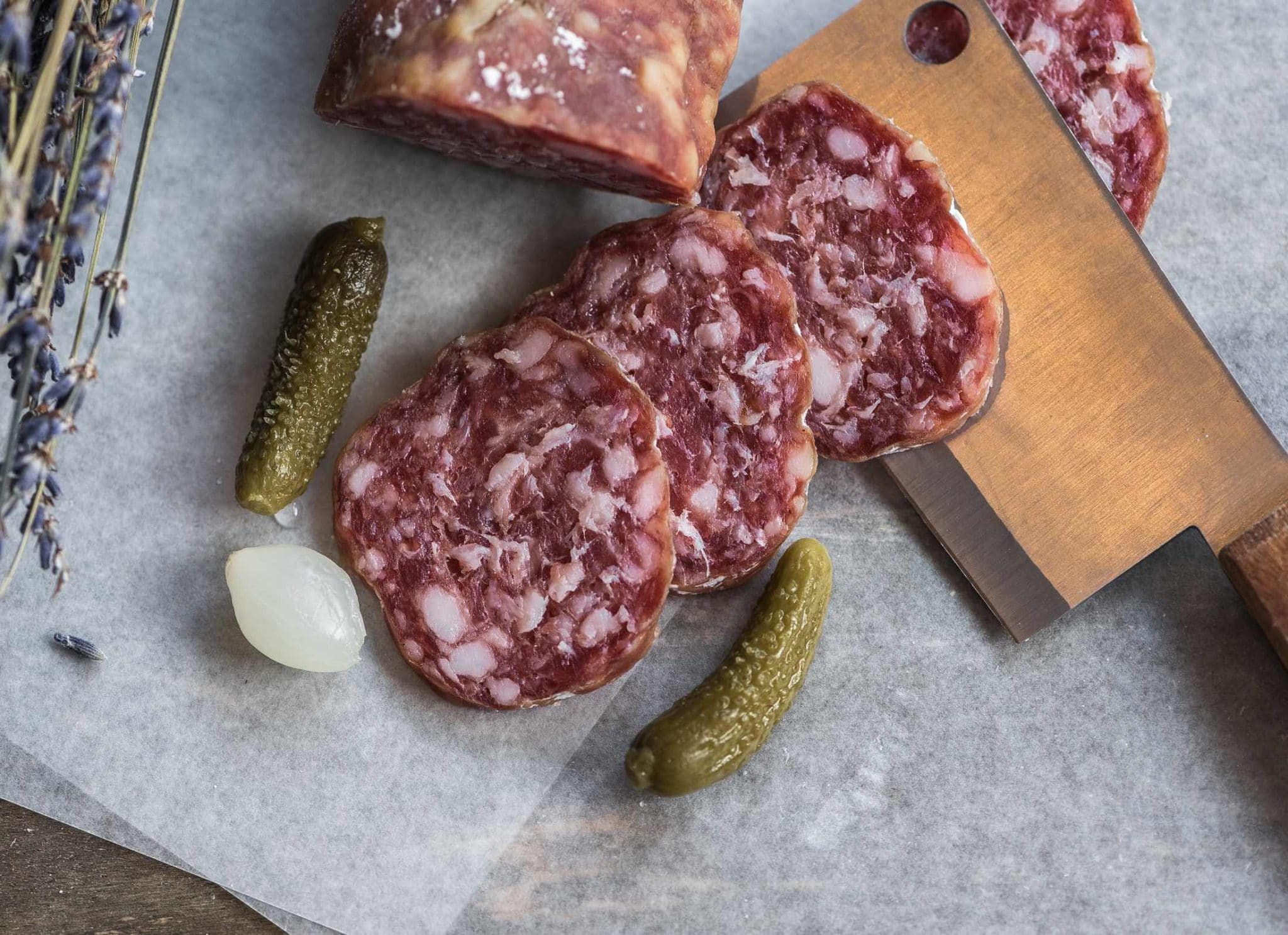 
The last kosher butcher within the city limits, Romanian Kosher Sausage Co. has been in business for over six decades, with an old school, no frills interior that has not changed. Try the salami – you can choose among dozens at different stages in the aging process. 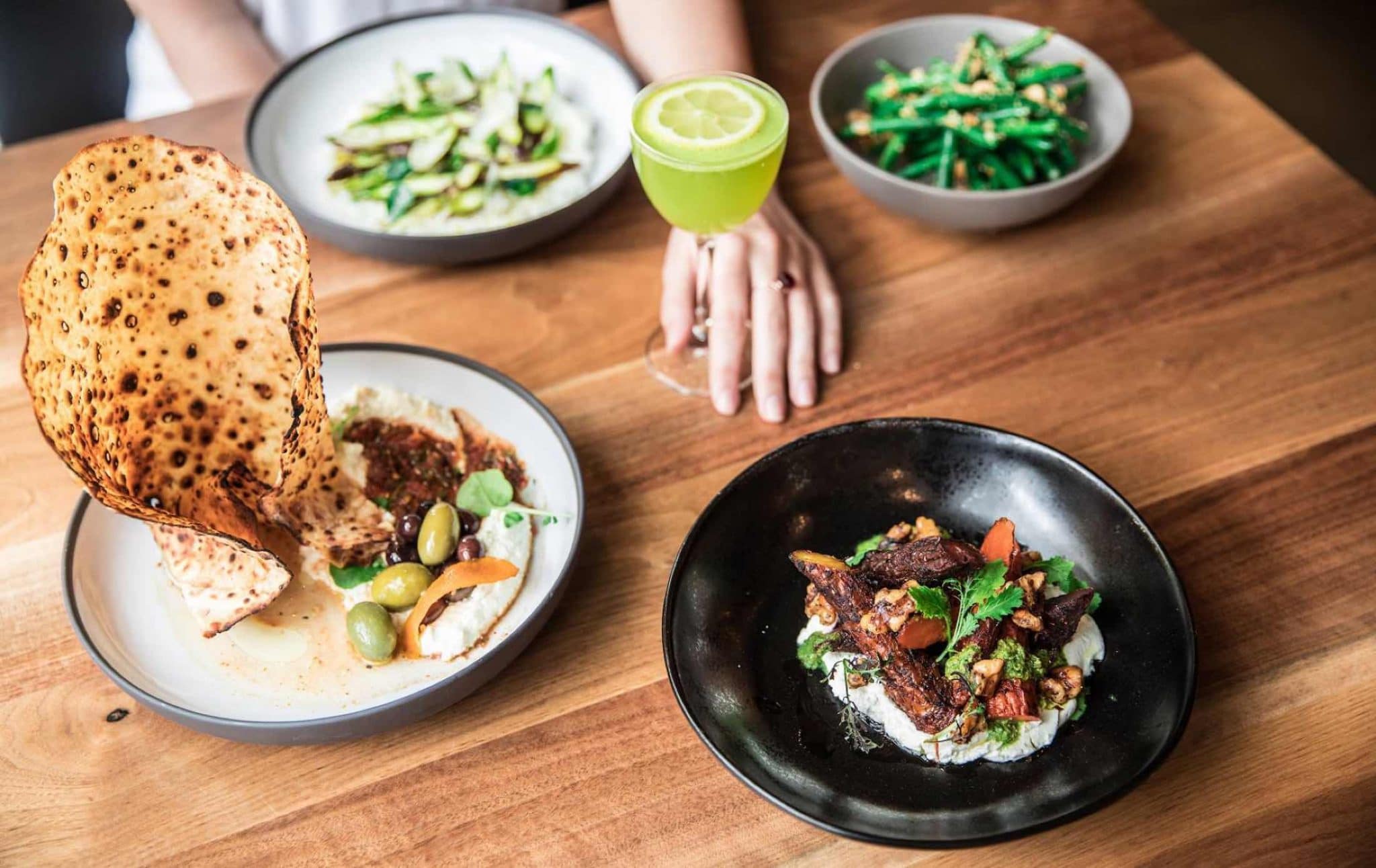 
Though Ēma’s California-born chef calls the food Mediterranean, the menu at this popular River North restaurant has been strongly influenced by Israeli cuisine. Highlights include hummus with lamb ragu and fresh pita, house made labneh, and pan roasted romanesco with yogurt and local honey.


The name succinctly summarizes the menu of this Old Town staple that has been serving classic Middle Eastern dishes for years. Order the shawarma or kebabs.


Since opening their first shop just a few years ago, this Israeli-inspired fast casual chain has grown rapidly, with their crisp falafel and fresh vegetables drawing massive lunch crowds. Order the falafel sandwich and add fries to it, or get a flight of mini pitas: chicken shawarma, steak shawarma, and falafel, all topped with Jerusalem salad and tehina. 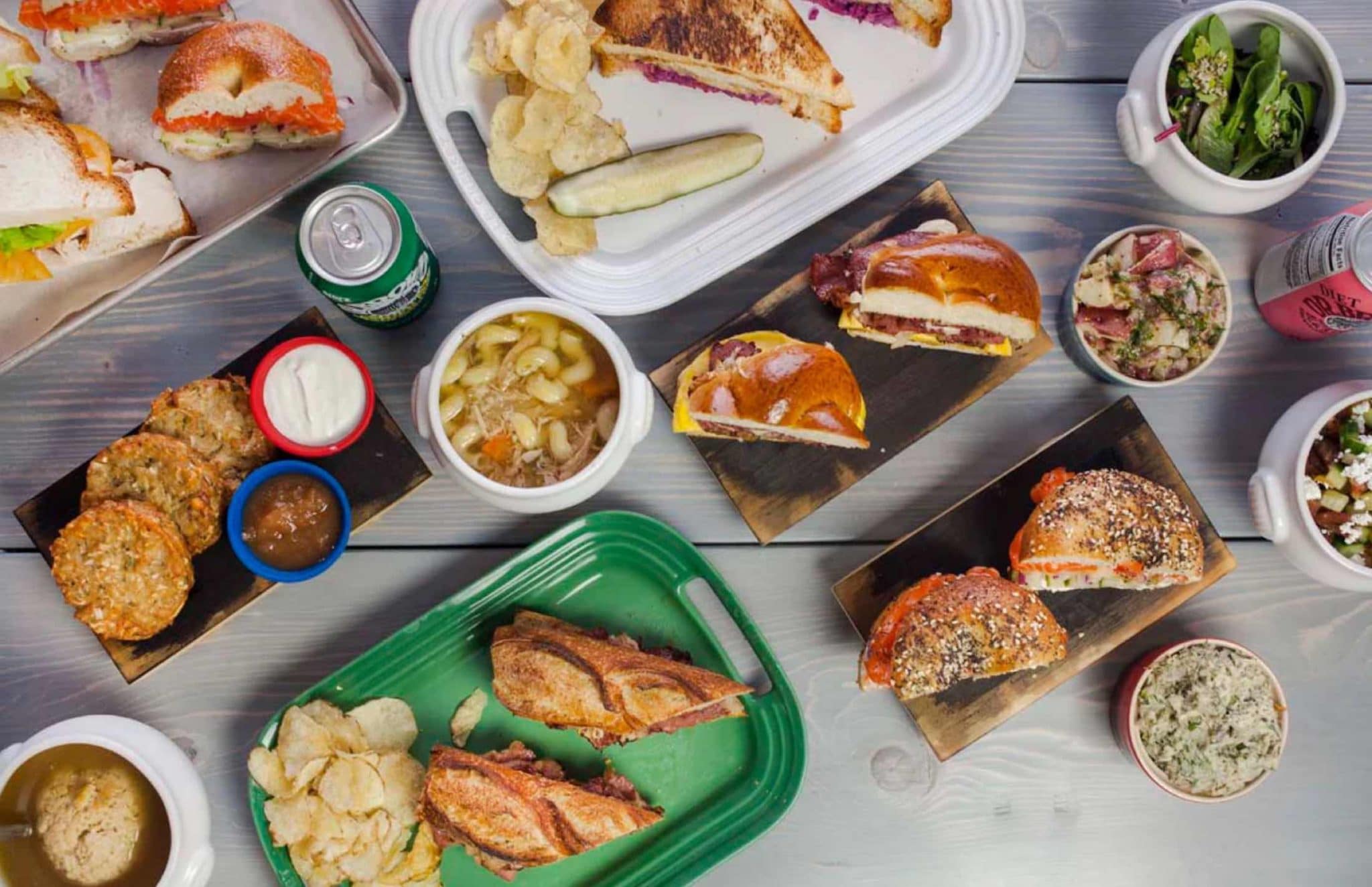 
This northside “New-ish Deli” serves classic deli fare such as matzo ball soup and pastrami sandwiches, along with creative takes such as the “Sister-In-Law” sandwich with pastrami, dill kimchi, and Chinese mustard, and latkes with parsnips and turnips.


Eight decades in and Manny’s is still owned and operated by the Raskin family, founders of the classic cafeteria-style delicatessen in the South Loop. In a setting like this, it’s best to get the classics. Try the pastrami sandwich with matzo ball soup and a pickle.


A cornerstone of the Skokie Jewish community, Kaufman’s offers a variety of smoked fish and meats, along with a bread and pastry bakery with Eastern European classics. Get one of their towering sandwiches, such as the Trustee Lorge, which is served on rye with turkey pastrami, a schmear of chopped liver, coleslaw, and mustard.


This 24-hour bagel and bialy shop has often been called one of the area’s best and one of the only places to get a decent bialy. Ignore the lengthy menu and get a bialy and an everything bagel.


Although it’s moved a few times since being founded on Chicago’s Southside in 1908, Leonard’s hasn’t changed much of its menu over the years, continuing to bake traditional Jewish recipes, such as mondel bread and kichels. Take home a few of each, but be sure to pick up a coffee cake, as well. Leonard’s is not under kosher supervision, but the vast majority of their baked goods are parve.


This neighborhood restaurant in the South Loop is part of the new wave of Jew-ish delis, making everything from their namesake pickles, to bagels and smoked fish in-house. Order the smoked salmon benedict or the whitefish dip.


This kosher (CRC) barbecue near Belmont Harbor was founded as a charitable restaurant, with 100% of the profits being donated to the Jeffrey F. Kahan Memorial Fund. Try the brisket chili fries or the rib sandwich. 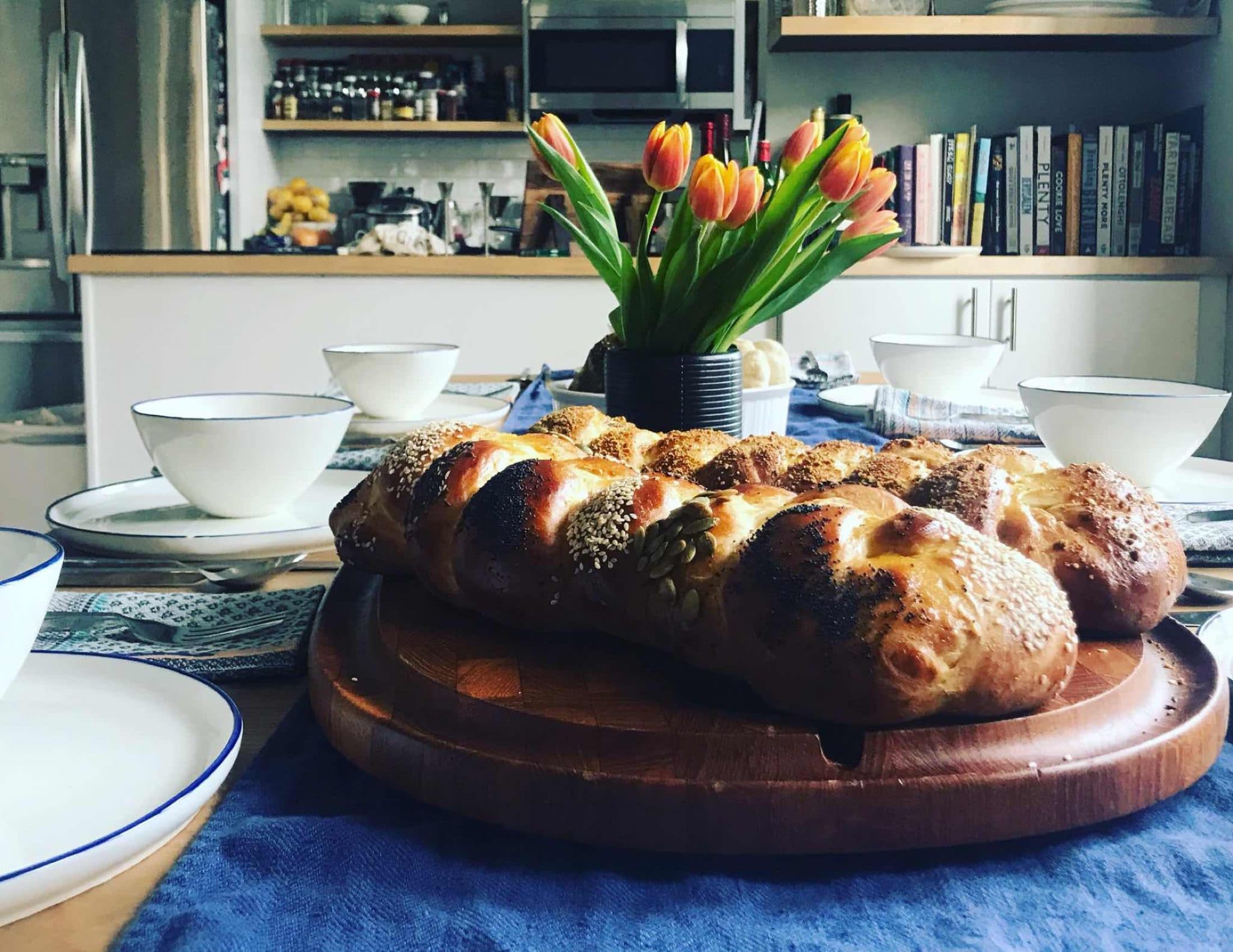 
Monthly pop-up dinner series exploring the cuisines and stories of the Jewish diaspora through a Shabbat dinner. Past menus have included “Jewish Christmas Dinner,” which blended American Chinese food with Ashkenazi dishes, and “The Jewish South,” which traced the many cultures that converged to create the Jewish cuisine of the American South.

By Dylan Maysick, a cook, food writer, and co-founder of Diaspora Dinners, a Chicago-based pop-up dinner series that explores the history and cuisines of the Jewish Diaspora. The series is a collaboration with Rachel Ellison and Chris Reed.